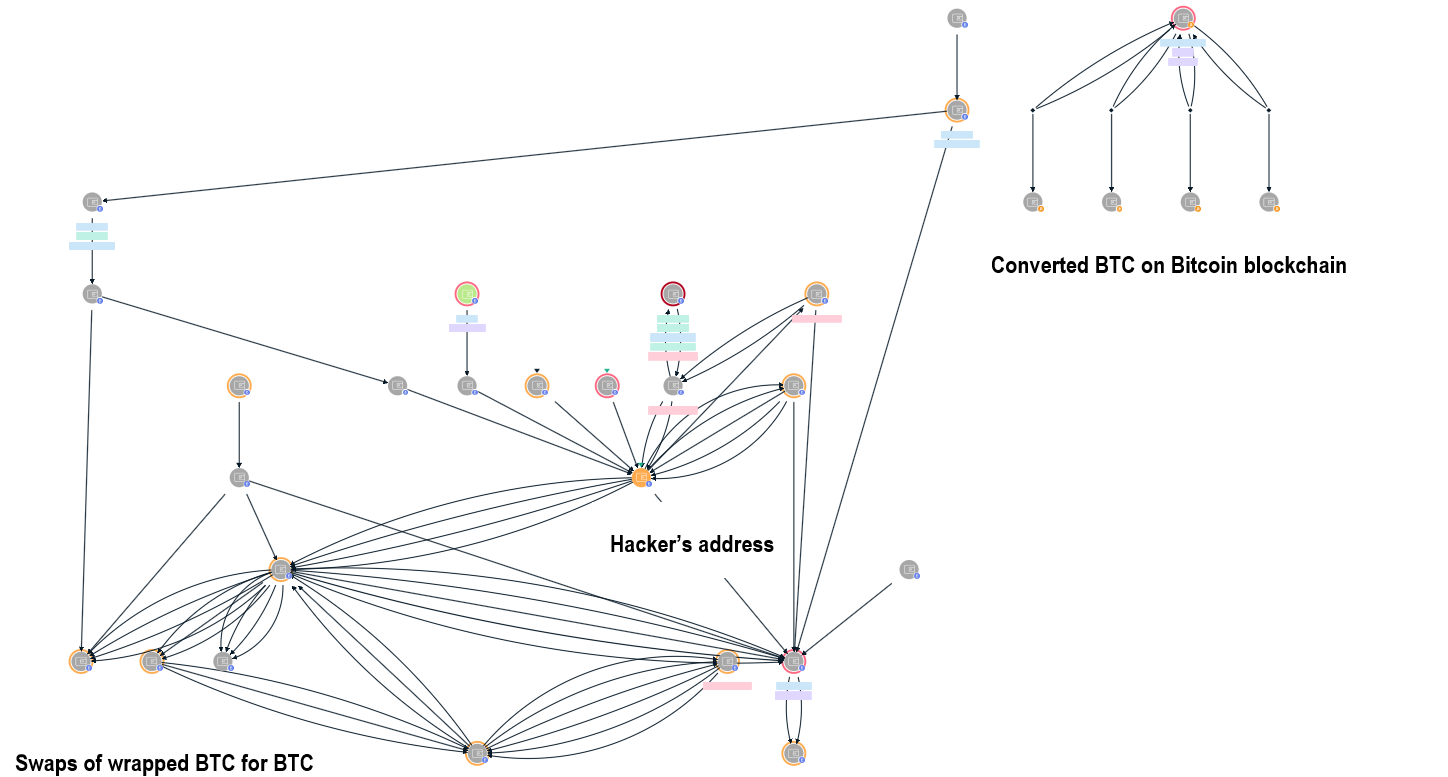 Late on the evening of December 1st (EST), an unknown actor apparently hacked the front-end interface of BadgerDAO, a Bitcoin-focused DeFi protocol, though the actual compromise may actually date back to November 20th. Through this exploit, the hacker[s] were able to intercept several large customer transactions. One transaction alone netted over 900 wrapped Bitcoin, or roughly $50 million. In total, the hacker appears to have stolen just over 2,000 Bitcoin equivalent and 151 ETH.

As the various forms of wrapped Bitcoin were diverted to the hacker's address, they were converted in real-time to renBTC, a tokenized version of Bitcoin on the Ethereum blockchain, then swapped to the Bitcoin blockchain. The funds are currently parked in several BTC addresses, awaiting onward movement - likely to mixing services.

TRM is monitoring the attack. The relevant addresses have been updated in TRM, so that TRM clients are automatically alerted of any exposure.

This is some text inside of a div block.
No posts to show

Need support on an investigation?