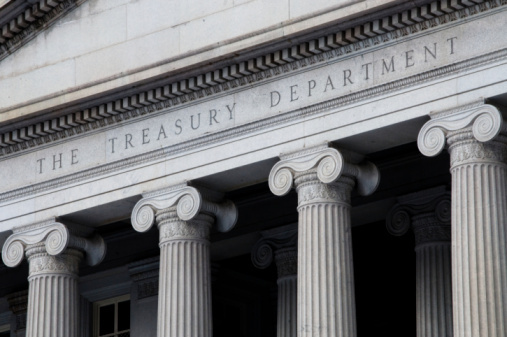 Today the U.S. Treasury's Office of Foreign Assets Control (OFAC), as part of a series of coordinated actions across the U.S. government also involving the Department of Justice (DOJ) and the State Department, used economic sanctions against a second cryptocurrency exchange in under two months. Today’s actions include the designation of Chatex, a virtual currency exchange, and its support network for facilitating ransomware payments and other illicit activity. According to the press release from the Treasury Department, Chatex "has facilitated transactions for multiple ransomware variants."

On September 21, 2021, OFAC took its first ever action against against a cryptocurrency exchange, SUEX.io, a concierge cryptocurrency exchanger incorporated in Czechia but operating in Russia. SUEX, which operated as a so-called "nested" exchange or "parasite VASP," did not directly custody its clients' crypto. Instead, it fed off the infrastructure of a large, global cryptocurrency exchange to conduct its transactions. Nested exchanges often take advantage of the greater liquidity and lower transaction costs of big, multinational exchanges while presenting customers with a custom-made interface obscuring the connection to the larger service. Using this relationship with a large exchange, and access to cash from unknown sources, SUEX was able to convert the illicit monies of its clients to physical cash at an alarming scale. See TRM's commentary on Suex here.

According to Treasury, Chatex has direct ties with SUEX, using SUEX’s function as a nested exchange to conduct transactions. Chatex is being designated today for providing material support to SUEX. Treasury is also taking aim at the network of those providing support to SUEX and Chatex including companies IZIBITS OU, Chatextech SIA, and Hightrade Finance Ltd. According to Treasury, these three companies set up the infrastructure for Chatex, enabling Chatex operations and the ensuing illicit payments.

OFAC is also designating two individuals associated with ransomware today: Ukrainian Yaroslav Vasinskyi (Vasinskyi) and Russian Yevgeniy Polyanin (Polyanin). According to Treasury, "these two individuals are part of a cybercriminal group that has engaged in ransomware activities and received more than $200 million in ransom payments paid in Bitcoin and Monero.

In addition, the Financial Crimes Enforcement Network (FinCEN) is releasing an update to its 2020 Advisory on Ransomware and the Use of the Financial System to Facilitate Ransom Payments which provides red flag indicators associated with ransomware to financial institutions including cryptocurrency-related businesses in order help them identify and report suspicious transactions under the Bank Secrecy Act.

The latest in a steady drum beat of ransomware actions

The U.S. government has made clear that it plans to go after Chatex, SUEX and others that that fill an essential niche in the ecosystem of non-compliant exchanges that, either through willful ignorance or witting cooperation, facilitate the conversion of illicit crypto ransoms into real-world currency.

"Treasury is prepared to use "targeted sanctions designations not simply to hold bad actors responsible, but also to shine a light on the parts of the virtual currency ecosystem home to illicit activity – and to make it clear what Treasury sees as a threat. Right now, mixing services, darknet markets, and nested exchanges used to launder or cash out illicit funds are at the top of our list of concerns."

As Todd Conklin, Counselor to the Deputy Secretary, explained in an interview with TRM Labs after announcing the SUEX designation, "There's an illicit underbelly that has been forming in the smaller nested exchange and mixer ecosystem, which we want to shine a light on. Higher percentages of these particular exchanges' transactions are on behalf of criminal and ransomware actors. We just can't allow the smaller nested exchanges to serve as backdoors for illicit activity. It clouds the entire ecosystem, which is predominantly conducting licit business."

Today's Treasury and DOJ actions are yet another assault against ransomware in what has become a steady drum beat of actions and announcements meant to curtail the threat of attacks by cybercriminals and nation state actors. Here are just some of the steps that the U.S. government has taken since the May 7 ransomware attack on Colonial Pipeline:

Watch Now: A Discussion on Crypto and Sanctions

Watch Now: A Discussion on Crypto and Sanctions

Watch the Interview: Treasury Comments On Release of Ransomware-Related Data and Guidance